Unlike today, in which Japan is divided into prefectures, the country was formerly made up of different domains. The city of Yonezawa was part of the Yonezawa Domain, ruled by the Uesugi clan. In fact, the present-day location of Uesugi Shrine was once the location of Yonezawa Castle.

Many members of the Uesugi clan are still well-known to this day. Uesugi Kenshin was the daimyo (leader) of the Uesugi clan during Japan’s Warring States period of the 15th and 16th centuries. He was known for his skill as a military leader and for his honor in battle. He is enshrined at Uesugi Shrine.

Uesugi Yozan, daimyo during the 18th century, was a well-respected leader who brought about the restoration of the Yonezawa Domain.

At the young age of 17, Yozan became the 9th daimyo (feudal lord) of Yonezawa Domain. At the time, the Domain was in a poor financial situation and held a large debt, with the people of the region suffering greatly. In order to overcome these problems, Yozan worked hard to spend as little money as possible, becoming a model for the vassals and citizens. He also put effort into starting new industries and improving the overall financial situation of Yonezawa Domain.

“Achievement comes through endeavor. If one does not endeavor, one cannot achieve. If something does not occur, it is because someone did not work to achieve it.” - Uesugi Yozan

In accordance with his famous words, Yozan put in much effort to successfully reform Yonezawa Domain’s financial situation, showing great leadership in the process.

Get Familiar with Yonezawa 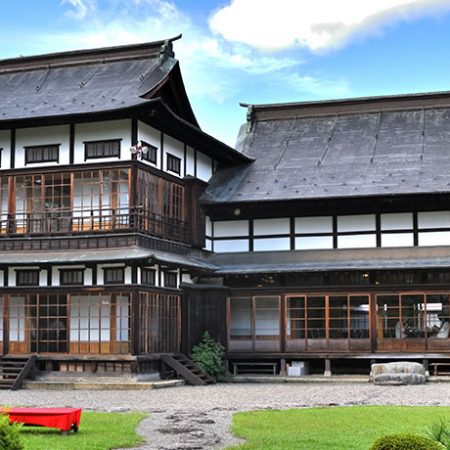 Yonezawa is a city in Yamagata Prefecture, located in the southernmost area of the Tohoku region.

A traditional castle town with many historical locations to explore. Learn more about where to visit during your trip.

Once led by the Uesugi clan of samurai, the city of Yonezawa is greatly influenced today by its rich history.

Try out Yonezawa beef, Yonezawa-style ramen, and many other specialties during your stay.

Visit one of eight hot spring locations during your visit.

The city of Yonezawa holds three large and exciting festivals throughout the year.